Private school students turn to Ivy League instead of Oxbridge up to a FIFTH leader for America’s top colleges, figures show

By Sarah Harris for the Daily Mail

As many as one in five private school pupils are turning their backs on Oxbridge and heading to Ivy League universities, we have learned.

They are focusing on the US for higher education as top UK institutions come under increasing pressure to admit more students from state schools.

Eton College is sending about a fifth of its graduates – more than 50 students in total – to major US institutions this year.

And other private schools are also focusing on the United States, fearing their students will be overlooked as Oxford, Cambridge and other Russell Group universities expand their enrollments.

Schools like Eton, pictured, are sending more students to the United States for college after Oxbridge announced it wanted to increase the percentage of students coming from state schools. 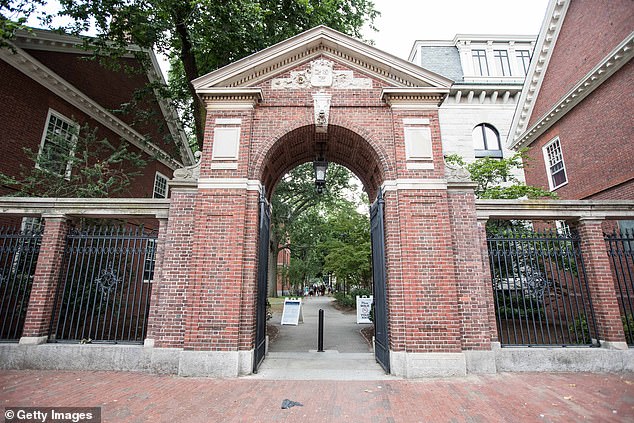 Many UK graduates from top state schools avoid applying to Oxbridge and instead send applications to Ivy League colleges in the US, such as Harvard, pictured.

A source from Eton told The Times: ‘We’re seeing more and more people looking seriously at the United States, around 75 a year, and eventually around 50 a year.’ (The) main destinations are Harvard, Stanford, Princeton, Yale, Columbia.

She said, “We have found American universities extremely welcoming to our students, and our success in recent years has led to an increase in applications.” She added that the ‘reluctance’ of some UK universities to resume fully face-to-face lectures and seminars after Covid has ‘deterred’ many students from applying to the UK.

Figures from the social mobility charity Sutton Trust, revealed by The Times, show that it has helped more than 500 school leavers from low-income backgrounds to study in the United States over the past ten years. Many have received generous scholarships. The association runs an American program in partnership with the Fulbright Commission, a non-profit organization based in London.