They followed it up with the 2nd episode on January 23, which followed inmates through experiences like divorce and the death of a loved one.

On Sunday, Jan. 30, CNA uploaded the 3rd episode, titled “Breaking Bad Habits,” which touched on the intense assault on inmates going to school behind bars.

It turns out that the prison curriculum condenses 4-5 years of high school into 1 year.

Inmates selected to study at the prison school

However, it may not compare to that of Iskandar, 41, who was lucky enough to be selected to study at the prison school. Only half of the approximately 600 to 800 applicants per year are selected to take courses ranging from normal (technical), O-level, diploma and degree.

They are selected based on factors such as their conduct and length of sentence.

What may seem difficult is that inmates complete 4-5 years of a normal high school curriculum in 1 year. In this way, more inmates can benefit from school education in prison, the officer in charge said.

Either way, since they aren’t distracted by TV, the Internet, and social media, they can spend more time studying, and the time flies by very quickly.

Thus, they are actually busier than unschooled inmates.

In fact, it’s no surprise that they’re asking for more worksheets. 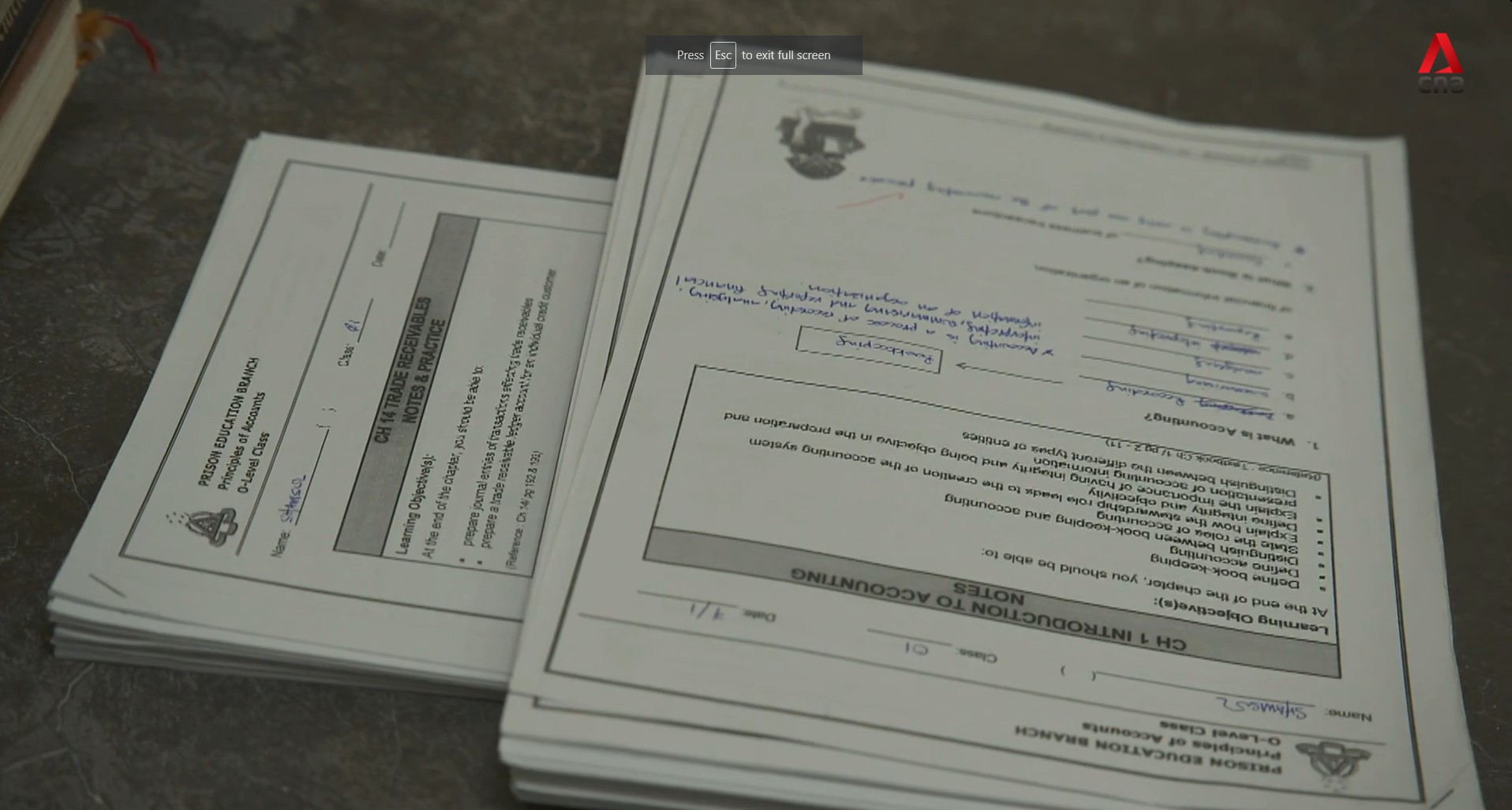 Inmates study on the floor

While students in the “free world” enjoy facilities like libraries or Starbucks to study, inmates do not have the luxury.

Instead, they usually study sitting on the floor. Iskandar said that as he got older, it wasn’t the most comfortable way to study. However, he perseveres despite everything because he knows that with it it will be easier for him to find a job after his graduation with diplomas.

Being able to find a job also means he is less likely to re-offend. Break in the open-air courtyard

Another benefit of the prison school is that inmate students can take a break in the outdoor yard twice a week. This is different from those in maximum security, whose yard is inside.

For Iskandar, the first time he saw the sky since his incarceration was when he went to prison school.

It was a particular treat as he hadn’t seen the open sky in a long time, being confined indoors until then. Inmates have an active exercise regimen

However, this does not mean that inmates who are not in school are slacking off in any way.

Although in maximum security, many continue to follow an active exercise regimen when spending time in the yard.

Just as inmate students have fewer distractions that interfere with their studies, inmates who want to stay in shape can also focus better on it. According to Rusdi, he is also part of a group that practices high-intensity interval training (HIIT).

It’s even more intense than sessions found outdoors, he says. Inmates get fitter in prison

Since the majority of inmates are drug addicts, they arrived thin and thin at prison, the operations director explained.

However, they ironically leave prison much healthier. This is due to the lack of medication, better nutrition and exercise they receive, he said.

A roof over their head is above all

While an education and a fitter body will indeed help inmates after their release, sometimes what they need most is a roof over their heads.

Boon Keng, 34, is worried about where he will live after his release in July because his mother died while he was in prison, so he cannot return to live with her. He is also not in contact with any of his siblings.

Thus, he had to seek the assistance of his personal supervisor (i.e. prison officer) to apply to family resource centers for housing after his release. Lack of housing will affect work

Although housing is an important primary need, it will also affect other things like her job, Boon Keng said.

The lack of a place to lay his head at night means he won’t have enough rest to focus on his work, he explained. Without work, he will face money problems and will be more likely to reoffend.

In fact, that’s why he repeated his offense last time and ended up in jail again, he said.

How inmates prepare for ‘life on the outside’

The main theme of Episode 3 was how inmates prepare for “life on the outside”, where they would have the freedom to make their own decisions.

This is important because what they do in prison will determine if they are successfully rehabilitated into good citizens or if they relapse into crime.

Stay tuned for the next episode, where they’ll reveal more about Boon Keng’s seemingly difficult search for housing.